To celebrate Women's History Month, we asked some members of #TeamMarkon to share which women have inspired them and why. We also gathered some great photos of our team members striking the #EachforEqual pose, so check them all out below! 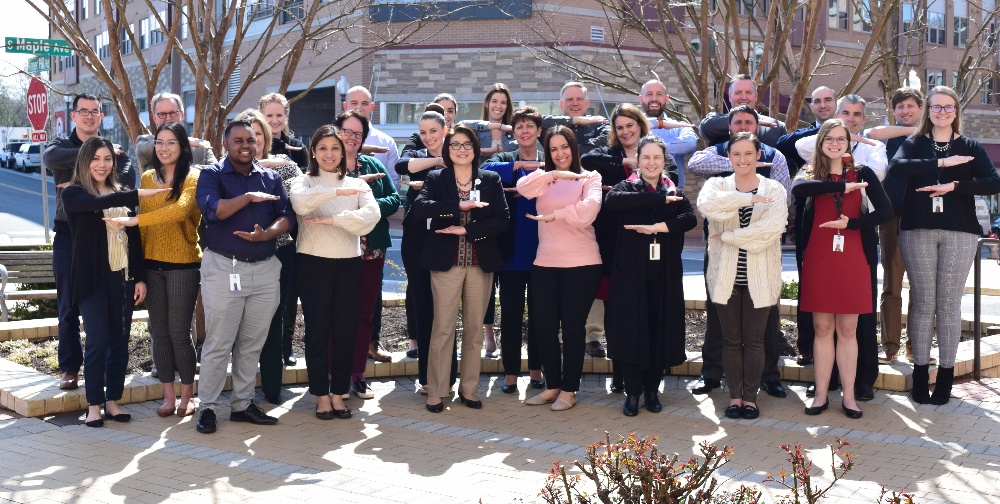 I've been greatly influenced by my mom, Zella Dean, who taught me about the importance of sacrifice and focus on family.

I'm also inspired by Mother Teresa for her ultimate humble leadership. The example she set really shows what is possible when you're not preoccupied by trying to get credit.

My grandmother, Sally Greenblatt had a profound influence on me starting at a very early age. She was a woman ahead of her time in many ways, yet she made the best of it and left a lasting impression with everyone she encountered. Check out Steve's blog post: Leadership Lessons from Nana.

My great grandmother was 16 years old when she escaped her home and fled to America. Leaving behind her parents and hiding in the back of a horse drawn wagon, the only reason she escaped alive was because a young guard decided to look the other way when she was crossing the border into Western Europe.

Mary Hodel Zaginaylo married my great grandfather and together they settled in central Pennsylvania. They saved up enough money to purchase a farm and while my great grandfather commuted every week to work on the railroads, she raised their seven girls and one boy (my grandfather) and ran their working farm.

As an Army brat, the place I called home was that farm. We’d spend every summer there and she was always the first one to welcome us. She would make me a cup of “chai” before it was trendy and sit with me at the small kitchen table and tell funny stories about my grandpa when he was a kid. She was home to me. Her kind and loving demeanor was (and is) everything I hoped to be.

There are so many other women who have inspired me throughout my career both personally and professionally (and usually a combination of the two). Carol Ann R, Robin V, Kathy M, Patty W, Phyllis T, Dee G, Natalie H, Shelly T all have made huge impacts on me. I'm also inspired by my daughter, who teaches me the importance of truth and standing up for yourself and others, as well as someone who is the epitome of strength and dignity, my mother.

Every day at Markon, I am humbled by our amazing and inspiring women. It’s an honor to work with each and every one of them who are truly making a difference. And finally, more specifically my Ops Team family (men and women), who make me laugh so hard, let me cry when I need to, and above all work extremely hard each and every day to help Markon accomplish our goals. You are the reason why I love coming to work!! 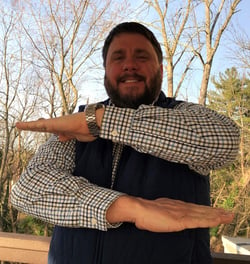 In terms of women who have inspired/impacted me and why, I would have to say Katherine Johnson. Katherine is one of the women who inspired the movie "Hidden Figures," which is about a small group of African American women who calculated the precise trajectories that would let Apollo 11 land on the moon in 1969 and, after Neil Armstrong’s history-making moonwalk, enable its return to Earth.

I knew little of her before seeing the movie, but was tremendously inspired by all she endured simply to get to work—and then perform such a critical role so flawlessly.

The way she set aside the discrimination she faced from so many people, yet persevered to execute her job in such a precise and professional way led me to a new habit of asking myself: “Are you doing enough?  Can you do more?  Are you letting silly obstacles block your path?”

I don’t know that I’ll ever live up to her contributions to human-kind, but I endeavor honor her spirit in how I execute my job every day.

You may also like Ultimate Accountability: Leadership lessons from Martha Johnson.

While supporting the House Appropriations Committee, my first female supervisor was Col (Ret) Patricia Murphy. Prior to joining the Committee, Colonel Murphy served in the Air Force for 30 years, did two tours in Vietnam, and was the first female base commander is US Air Force history.

Col. Murphy encountered great adversity throughout her career—adversity that had little to do with mission requirements and everything to do with discrimination based on her sex. Because of her grit and determination, Murphy was a trailblazer for female Air Force officers. Among her proudest achievements was attending the promotion ceremony of one of her junior lieutenants to 4-star general.

There are several women that have inspired or impacted me throughout my life. My great grandmother Maude was born in 1900 and witnessed transportation advancing from horse and wagon to landing on the moon and the space shuttle program. She passed away in 1999 but I was fortunate enough to visit her when I got out of the Marines in 1997. I asked her what she thinks will happen when she passes and her response summed up how she inspired me to love everyone regardless, “Well I don’t suppose it matters if I end up in heaven or hell, I’m sure to have friends and family in both places.”

My wife, Ivette, is the most inspirational woman in my life.  She has traveled the world in the foreign service, including spending an unaccompanied year in the war zone.  She somehow manages to be both selfless and high maintenance.  2019 was an incredibly hard year for her with breast cancer and her father passing away.

I’m inspired by the women at Markon every day. I have this great memory of Charlotte Daum standing in the middle of the 1201 New York Ave atrium. She was the only calm person in the building as Turner Construction executives were trying to beat the clock and wrap up the project before it opened to the public that morning.

Michelle Gettle inspires me with her passion in everything she does. From earning her PE and ICC certification in a short amount of time to growing the education market from nothing to proposing statewide CM/PM services to Virginia Tech.

Krissy, Juliana, Catherine, Cathy, Denise, Cheryl, Brenda, Maddie, Chirine, Sharon, Erin, Jessica, Merritt, Emily, Sara, I could go on and on…I can’t think of one woman at Markon that hasn’t inspired me in some way.

There are two women who are inspiring to me: my grandmother, Kiyo Kaneko, and her sister, Shizu Yoshida. They are both deceased now, but when they were alive, I didn’t think of them as inspiring. Now that I’m older, I am able to appreciate their  fortitude and accomplishments. Japanese women born near the turn of the 20th century, they were incredibly ahead of their time.

All of my female bosses and peers have inspired and impacted me.

Why?  Women in leadership positions are generally better listeners, better at pulling the whole picture together, and have encouraged, challenged, and pushed me in ways my male bosses couldn’t.

It’s not that one gender is better than the other. Rather, they approach any given situation differently and their communication styles are varied enough that I feel my own skill-set has developed and been enriched by having leaders and colleagues from both genders.

Comment below to let us know which women have inspired you, either in your career, or in life. To all the women on #TeamMarkon, and all those who have made a positive impact on our world, thank you.

Juliana Lee joined the team in 2018 and brings over 15 years of marketing, communications, and design experience to our team. She leads Anser Advisory's corporate communications and marketing. A DC area native, Juliana holds a BA in Communications from the University of Maryland College Park (Go Terps!), as well as multiple marketing certifications from HubSpot and the Certified Scrum Master (CSM) designation. Previously, she led marketing communications for Meridian Imaging Solutions, a Konica Minolta company, as well as providing strategic support for B2B, B2C, B2G, and government clients through marketing consultancy District Smarketing, LLC. A two-time recipient of the Gold President's Volunteer Service Award from President Obama, Juliana is passionate about giving back to the local community. She is an active member of the Markon Cares corporate philanthropy group and supports the firm's STEM outreach initiatives. Outside of work, she is an active volunteer for A Space of Her Own, which empowers under-served girls through arts, carpentry, and creative one-to-one mentoring.