Mentorship, a Sensei, and the FDA 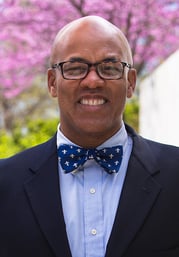 For this edition of my leadership blog I had the pleasure of talking to my good friend, John Taylor. John is currently the President of Greenleaf Health, a leading Food and Drug Administration (FDA) consulting firm that provides guidance to clients pursuing innovative solutions to global public health challenges. John has a diverse range of interests and served in multiple roles from business to government, and even achieving the highest levels of martial arts.

Through all his activities John has maintained a love of history and a keen sense of obligation as a leader. While he was an accomplished executive at the FDA, John arrived at this highly technical, regulatory agency via law school and a liberal arts education. His story combines his passion, intellect, and a belief in the power of mentorship, both as a provider and beneficiary, for leadership development.

While John considers Washington, DC his home, his father was a government executive and his family also lived in Chicago and New England. In Massachusetts, John grew up near many locations with historical significance to the Revolutionary War such as Lexington and Concord. His teachers leveraged this proximity to enhance their social studies classes. Lessons like these hooked him on history and he took an interest in the early leaders of our nation.

In addition to his teachers, John's early influencers include some of his athletic coaches, his parents, and his maternal grandmother in Chattanooga, TN. He excelled in sports including ice hockey and lacrosse, and he began a lifelong relationship with martial arts.

To no one’s surprise, John pursued a history degree at Penn State, where he played lacrosse and rugby. Nearing graduation and considering a career as an academic, his advisor counseled him to “pursue history as an avocation versus a vocation”, and to focus on law instead. He took the advice and moved to Williamsburg, VA to obtain his JD at William and Mary.

In law school John was focused on a career that would provide courtroom experience and client intimacy. He interned at a prestigious law firm and for the federal government. While he enjoyed both internships, he felt the public sector route would afford him more hands-on experience earlier in his career. Additionally, John was attracted to the strong mission focus of government service.

Following graduation, he accepted a position as a litigator with the FDA. Initially spending 14 years at the FDA, John earned promotions into diverse assignments across the agency, culminating as the Associate Commissioner for Regulatory Affairs. During his rapid ascent, John cites several mentors, including Eric “Rick” Blumberg, Catherine Copp, and Mike Landa commenting, “I don’t believe anyone succeeds without good mentorship." While detailed to the Office of the Commissioner, a role that later turned into a permanent position, John had the opportunity to engage with leaders from across the Department of Health and Human Services. Each mentor helped him hone skills such as strong written communication and leadership presence.

Interestingly, his father had also been a senior executive at the FDA and some of John's aforementioned mentors had been protégés of his dad. Over time John’s management style developed to one of high transparency and “leading from the front". He was coached to provide more context and insight into his decisions to keep his team aligned.

In 2005, John left the FDA for a four-year stint at Abbott Labs and then the Biotechnology Industry Organization. During his years at Abbott and BIO, primarily as a lobbyist, John learned valuable lessons about leading in the private sector. Missing the mission focus, in 2009 John accepted an invitation from the FDA Commissioner to rejoin the government. He returned with broader leadership skills and felt even more effective as a government executive.

In 2014, John finished his second tour as a Fed. He joined Greenleaf Health serving as President and Principal overseeing Compliance and Regulatory Affairs. The firm offered John a chance to re-engage in substantive work that he was unable to do in the government. Greenleaf has experienced rapid growth and John’s enjoyed the challenges of building a high performing team and expanding the business.

Now and the Future

In addition to staying busy at Greenleaf, John also continues to pursue his many hobbies. He's currently a member of two book clubs, including one devoted to military history; traveling; spending time with his wife Paige; and visiting his son and daughter who both attend Brown University. John remains involved in the martial arts, recently attaining his 5th degree black belt in karate and aikido. Martial arts have enabled him to engage in many volunteer activities over the years, working with groups ranging from inner city youth to law enforcement.

John's plans for the future are to continue helping evolve Greenleaf as well as supporting the growth and development of leaders, not only at his firm but in his other endeavors as well.